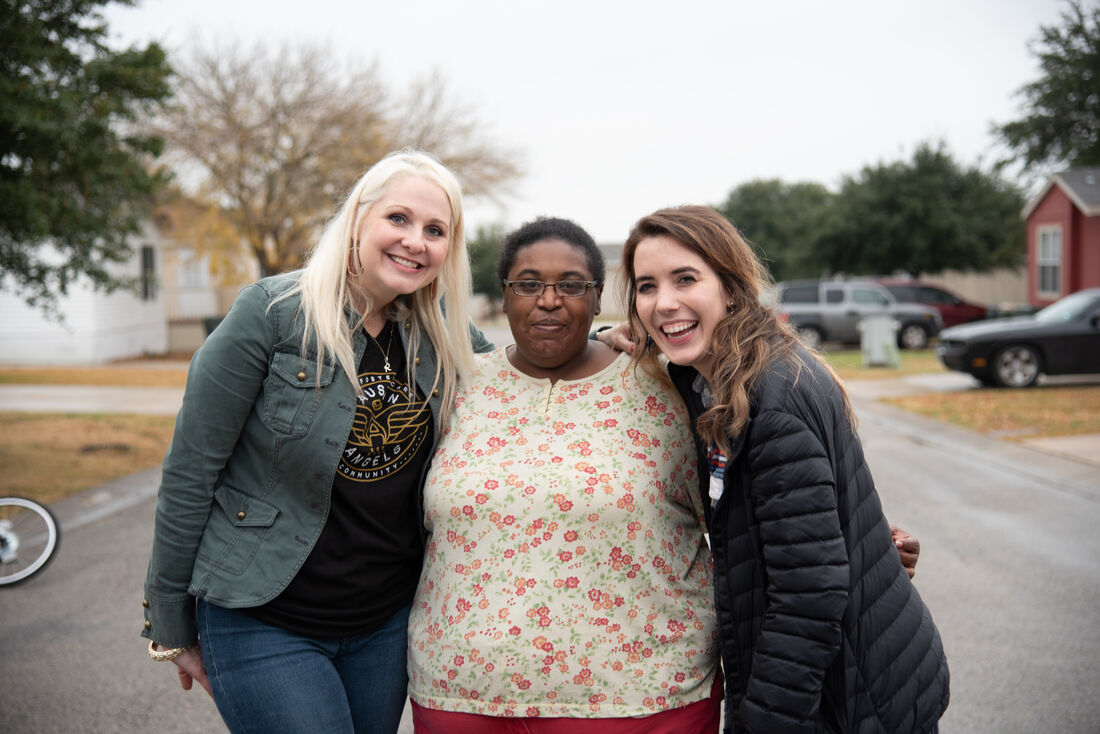 Carol is a loving and devoted single mother who cares for five children. Carol’s children were placed in her home as a fictive kinship placement (meaning Carol did not receive the same financial reimbursement as unrelated foster parents). All five children were distant relatives, two of which she never met until they were placed in her home. Carol has raised these children as her own since they were toddlers.

Carol first met her Love Box volunteer, Brooke, in August of 2016 at Austin Angels’ Foster the Future Back to School event. Each family was matched with a “shopping buddy” and Carol’s family was matched with Brooke. A few months later, in October, Carol’s family was matched with Brooke once more––this time, in the Love Box program. When Carol was matched, she was fully extended, felt completely alone, and didn't know how much longer she would be able to care for the children placed in her care. Brooke and Marci (Brooke’s co–volunteer) quickly realized her need for support, both practically to have access to key essentials for the kids, but also a need for people genuinely invested in their well-being and emotional health.

Once Carol felt that she was in a place to adopt, the process was quickly stalled, as the Department of Family and Protective Services would not allow the adoption to proceed due to the living conditions of Carol’s home. As a single mom, Carol had just enough to get by. However, if Carol’s home did not get the repairs needed, the children would be removed, more than likely be separated, and placed back in the foster care system.

Marci and Brooke decided to go above and beyond the requirements of our program and did whatever it took to keep this family together. They laid the groundwork and spent countless hours coordinating a fundraising plan to purchase a new manufactured home.

Four months after fundraising began, Carol’s Love Box group and the Austin Angels community raised $26,000! With that money Austin Angels was able to purchase a new manufactured home in a wonderful community within the children’s school district. In May of 2017, she moved into the new home and was able to officially adopt her children. She went from a foster family to a forever family because of the support of her Love Box group and the community. Brooke and Marci have been with Carol every step of the way. There was not a dry eye in the house at the “grand reveal” where when Carol put her fist up in the air and shouted, “Thank you God!” as she opened her new front door. She was overcome with emotion and couldn’t believe what her Love Box group was able to put together––every detail was lovingly thought out and specific for each child.

The group continued to meet with Carol and her children for the remainder of the Love Box program and has a relationship with the family that far exceeds any program commitment. Austin Angels has also continued to support Carol in the years succeeding the Love Box program. In August 2017 and 2018, we were able to support the children with everything they needed for back to school. In December of 2018, we provided them with brand-new bikes for Christmas (with the help of WOOM bikes) and partnered with our National influencers to do a total Christmas makeover which included gifts, clothing, a Christmas tree, food, holiday treats, and more! In 2019, we were able to help them deal with a bed bug infestation, and in 2020, we were able to help with groceries and emergent needs in the midst of the COVID crisis. We know that when the community supports families it ensures that the children thrive.