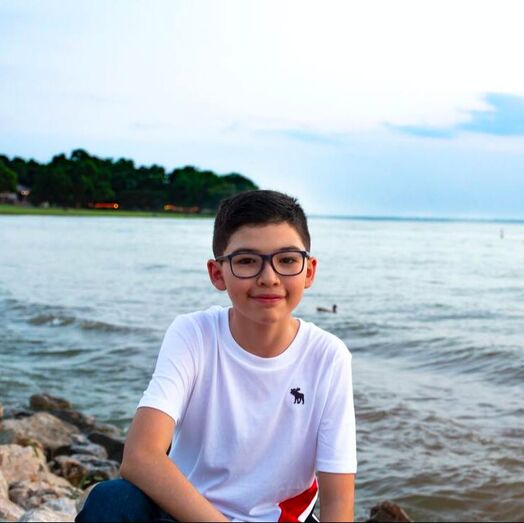 Eight-year-old Malcolm spent his whole life in foster care, where he experienced 14 failed placements and two failed adoptions. After six months with his current foster family, Malcolm began to exhibit behavioral issues at school and home. This was not only due to the trauma inflicted by drastic instability in his life, but also the psychotropic medications he was prescribed, which affected his sleep and changed his personality.

His foster mom struggled with his mood swings, which often manifested in physical aggression, as well as his issues with other students and teachers at school. Just as his foster mom was on the verge of requesting Malcolm be removed from her home, his Love Box leader asked if he could enroll Malcolm in a boxing class at a local gym to help release some frustration and tension. The Love Box group paid for the classes and coordinated taking Malcolm to class three times a week. After six weeks of consistent boxing classes, Malcolm began to flourish.

After building a relationship with his coach, having consistent support from his Love Box leader, and being so exhausted from class, Malcolm began to sleep through the night. This meant he was able to focus during the day at school––and even became less aggressive. In addition, because he had a positive outlet for his emotions, he no longer needed to take out his aggressions in ways that were harmful to others. His doctor was even able to reduce his medications.

If not for the support from his Love Box leader, Malcolm more than likely would have been moved to yet another placement. However, because of the consistency and stability he is now experiencing, Malcolm is growing emotionally, mentally, and physically stronger. He is establishing relationships with other students, his teachers, boxing coach, Love Box leader, and most importantly––the foster parents who care for him dearly and daily.
Copyright © 2021 Austin Angels. All rights reserved.