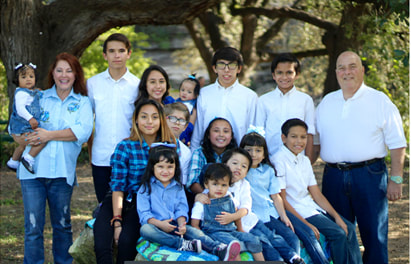 Nikki entered foster care at age 10. Things were a lot different back then––foster homes weren't regulated the way they are now. She moved around to numerous different placements until she was finally emancipated. At one point while in care, she was lucky enough to have had a good case worker named Jack who started planting the seeds that she could rise above her circumstances and be someone. Jack never saw the fruits of his labor, but Nikki's heart is full of gratitude for the patience and guidance he gave her. At age 15, Nikki was emancipated and became a legal adult––but had no one to mentor or teach her. As one can imagine, she made numerous mistakes.

Slowly but surely, however, she found her way. She worked in sales, waitressed, and cleaned houses, used her money wisely and conservatively, and started her own business in the property management field. She has now worked as a property manager for over 20 years. Her passion for homes started when she was a child while playing the game Monopoly. She loves the flexibility that the industry offers her with her time. She does not have to punch in the clock every day which allows her the freedom that she needs for her family.

Growing up in foster care, Nikki was once labeled as "retarded" and "slow" and thought, "Why bother teaching me?" She had to prove to herself that she could do it. She had "an inner drive that no one could beat or shame out of her. Nikki knew that education was very important and the true key to success and she shares this belief in education openly with her children. Nikki says, "When we talk, we do not talk about if they will go to college, we talk about which college they will go to."

Nikki does not consider herself to have had failures in life. She says that she has had "learning experiences" that sometimes she wishes would have turned out different. However, she believes there is a reason for everything. Her successes are many: she has a wonderful husband and fourteen amazing, wonderful children who her and her husband have adopted. They keep their home nice but messy. Nikki is happy, and believes that happiness in itself is her biggest success.